The Victory Machine: The Making and Unmaking of the Warriors Dynasty por Ethan Sherwood Strauss 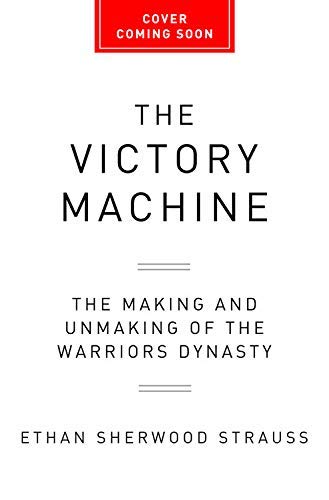 Ethan Sherwood Strauss con The Victory Machine: The Making and Unmaking of the Warriors Dynasty

From a top NBA reporter, a look at the fast-moving, deal-making, often brutal world that built an NBA dynasty--the Golden State Warriors--and now perhaps threatens to break it apart.The Golden State Warriors are the envy of the modern NBA. Chasing their third consecutive championship, they have assembled an incredible wealth of athletic talent, lead the league in merchandise sales, and are planning to move into a glitzy new stadium next season. Their owner, Joe Lacob, regularly hosts the top CEOs and influencers of Silicon Valley in his box, fashioning himself into one of the most powerful men in the world.Yet inside the organization, there is considerably more strife. In this breakthrough work of reportage, star NBA reporter Ethan Sherwood Strauss investigates the team's culture, its financial ambitions and struggles, and the toll that being a super-team can take. In so doing, he not only rewrites the story of the Warriors, but reveals how the Darwinian business of NBA basketball really works.Reconstructing the deals that lured Steph Curry away from Nike and Kevin Durant away from Oklahoma City, Strauss shows how the smallest mistakes can define success or failure for years. And, as he looks ahead to the 2020 season, Strauss ponders whether this organization can survive its own ambitions.Written with great personality and remarkable breadth, The Victory Machine shows what it takes to win when you are constantly under siege.