Who Will Rule in 2019? (English Edition) por Jan-Jan Joubert 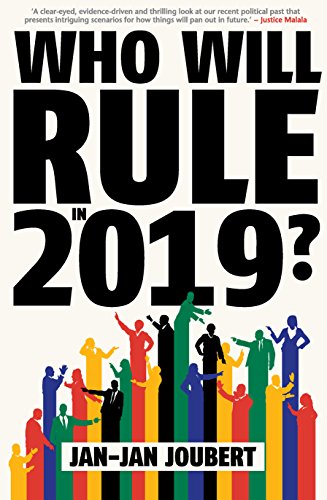 Jan-Jan Joubert con Who Will Rule in 2019? (English Edition)

THE ANC RECEIVED a bloody nose in the 2016 local elections, when it lost three major metros to the opposition. Will the fractured ruling party be able to reunite under Cyril Ramaphosa and gain a majority at the polls in 2019? Or could the DA and the EFF overcome their vast ideological divide to oust the ANC?

The South African political landscape has changed dramatically since Jacob Zuma stepped down as president. Veteran political journalist Jan-Jan Joubert looks at all the possible scenarios, taking us behind the scenes into a world of political horse trading to analyse the options available to all the parties in the run-up to the next election. Will the oldest liberation movement in Africa have to form a coalition to stay in power? And what is the likelihood of the ANC’s turning to the EFF to bolster its support?

One thing is certain: deals will be done. By examining the results of the local elections, Joubert argues that the 2019 national elections may well be the first in 25 years in which no party wins an outright majority.

In exclusive interviews, political leaders also share their views on the major issues dividing – or perhaps uniting – South Africa today, and point the way to a new political future.