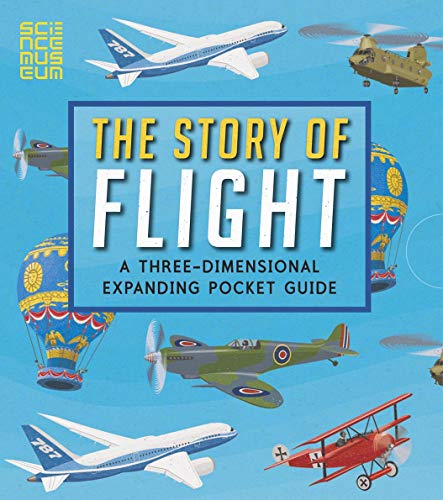 Reseña del editor Prepare for take-off with this exciting three-dimensional pocket guide.Bring the history of flight and aviation to life with this fact-filled three-dimensional expanding guide, created in partnership with the Science Museum. Starting with the earliest hot air balloons and gliders, the guide covers the 12 key moments in the story of flight, including early planes like the Wright Flyer, airships, World War I and World War II aircraft, civil aviation, mass passenger transport, modern war planes, modern passenger planes and small private aircraft. Presented in a slipcase and with a glossary and a section on record breaking flights, this is the perfect gift for any budding pilot or inventor. Biografía del autor John Holcroft grew up in the sleepy Lancashire village of Parbold. When he was nine, his family moved to Yorkshire where he spent most of his childhood drawing, painting and making stuff from whatever he could find. Influenced by Edward Hopper and David Cutter, he started his career as a painter and has since enjoyed creating his distinctive screen-print-like digital illustrations, and has won acclaim for his imaginative interpretations of everyday life. John lives near Rotherham, Yorkshire. Visit his website at www.johnholcroft.com